Following its humiliating defeat by Russian, English, and American hands, Washington was forced to rescind its demonization campaign of the Syrian regime. Syria agreed to disarmament, and Iran quickly followed suit, proclaiming a willingness to ease its own nuclear endeavors. Without skipping a beat, Obama changed his tune from bellicose rhetoric to peaceful diplomacy and was hailed. The planned destabilization of the region was put on hold, but not before triggering the totalitarian alarm clock- an alarm clock that awoke millions of Americans from apathy. Battle-hardened America awaited its next challenge- defending against an attack on its healthcare.

Officially titled "The Patient Protection and Affordable Care Act," the bill (unsurprisingly) neither protects patients nor negotiates affordable healthcare. Again, we are presented with another gross abuse of language revealing just how lawmakers perceive the public (malleable idiots). Our Conmander-in-Chief went on tour across the country, painting half-truths and misdirection on a canvas of trust and naïveté.

Stephanopoulos: But you reject that it’s a tax increase? Obama: I absolutely reject that notion.

Obama said the penalty is not a tax, but then it is. It is an unapportioned direct tax, yet it's legal. The supreme court argues that it's not a direct tax because not everyone is required to pay it- "it is triggered by specific circumstances." Note the colorless, indirect language. What they meant to say is, "it is triggered by a refusal to purchase private health insurance." I'm pretty sure that's called fascism. 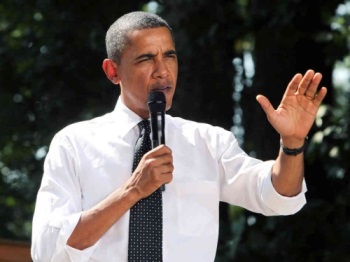 If you like your plan, you can keep your plan. Period.

Patients were quickly informed by their insurance companies that they could keep their plan... if they didn't mind paying double the price. The individual mandate and universal coverage creates artificial demand for health services, and increasing demand without proportionately increasing supply means increasing price. Add in a couple rolls of red-tape, and you've got a de facto 100% increase in price.

Here's a paradigm shift: why not actually spend that money to improve health. Buy quality food, vitamins, health books, and club memberships. What did people do before health insurance? Moreso than today, they were their own doctors. The problem isn't insurance companies. Insurance companies are, ironically, a symptom of a flawed medical system. There's no real incentive in finding a cure when you're dealing in a trillion-dollar-a-year industry. Modern medicine is set up to nurse symptoms until the patient runs dry. Did you really think the apex of modern medicine was epidemic levels of debilitating disease? Now that the insurance companies have us mandated, they're going to try their hardest to convince us it's worthwhile. How would finding cures and promoting true health make insurance worthwhile? It doesn't fit the for-profit model. There's a reason we still drive cars that run on gasoline.

If they're seriously counting on the young adults of this country to offset the increased costs, they're living in a fantasy land. Young people are already debt-enslaved from the allure of a college investment that, in many cases, won't be paying dividends in this faltering economy. They're concerned with paying off that debt, not spending an extra $2500 a year for what is essentially zero value. Social Security and Medicare payments are already fleeting before their eyes. Most young people will undoubtedly pay the tax for the first two years. Of course, human behavior is not hard to predict, and they would have seen this coming from a mile away. This begs the question: was it designed to self-destruct from the beginning?

Financial collapse is the ultimate goal but not before the public has accrued an unsustainable amount of debt. The dark agenda of Obamacare is to further tighten the shackles of voluntary debt-slavery. When the economy collapses, the public will be so broke that it will have no choice but to accept the lawmakers' most finely crafted, tyrannical legislation. What will trigger such a collapse? It may be a bail-out of the struggling health insurance companies. The world would bear witness to the government's repeated failure and the dollar's fragility. The question is whether the American people would submit to yet another bail-out.

They're betting on Americans remaining silent. Surely this is the straw that breaks the camel's back. Will America stand for it?