The Calm Before the Storm

In 2012, Ron Paul ran on a platform of real spending cuts. His plan sliced the federal budget by a trillion dollars year one. The pundits claimed he would crash the economy. When you need to level a condemned building, do you do so through a controlled demolition, or do you allow the building to collapse on its own terms (while occupied)?

Congress does not believe in real cuts. They've duped the public into believing that "averting disaster" means raising the debt-ceiling. (What good is a ceiling that is so easily raised?) All manner of temporary fixes are preferable to actual problem solving. Elections are decided by who can promise the most free stuff to the largest number of people while keeping the straightest face. Incumbent "public servants" must also justify their previous terms in office. If you repeat a lie long enough, people will start to believe it. Likewise, career politicians are really good at getting re-elected.

But it's not just our elected officials that are to blame. Some are just money and/or power junkies in search of their next hit (God bless 'em). The bigger blame lies on their suppliers- the unelected officials of the private Federal Reserve. For government, the Fed enables unfettered debt monetization. For banks, the Fed administers "quantitative easing" (spoooky language). The Fed chair, Janet Yellen, has the power to send shock-waves through the entire financial market with one poorly chosen word. (If that's not the sign of a healthy financial system, I don't know what is.) Here's a question: What would we ever do without the Federal Reserve? "Well," you say, "without the Fed, the markets would be quite volatile, leading to market crashes and potentially even depressions." Wait.

Regarding the Great Depression. You're right, we did it.-Ben S. Bernanke

The Fed has begun easing the easing, and now, we wait with bated breath for what could be a tsunami of financial ruin. Assuming that the current "recovery" is only the short-term result of massive stimulus spending (an "interest-rate recovery" as Gerald Celente puts it), the Fed will soon be forced to pause the tapering before reversing course, increasing stimulus even more dramatically. That reversal will leave the markets quaking. Continuing to taper will dissipate the mirage of a recovery.

But, it's not like other countries are free from their own economic problems. Central banks the world over have employed usury to subjugate their populations, and governments are printing money left and right. When debt that is mathematically impossible to repay goes exponential, countries can choose to default on their obligations or inflate their currency. Since inflation can keep the ponzi scheme going, is harder to detect, and can be explained away by the experts, it is undoubtedly where we're headed. As debt climbs steeply, so too inflation to pay it off. That dollar just won't buy what it used to, and people might need to retire later than planned. Not to mention, high taxes and huge income gaps is the stuff of revolutions. Do you believe "target practice" is the reason Homeland Security bought a billion bullets?

When currencies are being debased in a race to the bottom, who is going to come out on top? The weaker currencies will go from a backing of confidence to a backing of paper. Assuming a massive blow to the confidence in fiat currencies, currencies backed partially by gold may even return to prominence. Regardless, when currencies and trade are at war, holding gold is an excellent hedge. Last year, Germany tried to repatriate a small fraction of its gold holdings from US soil. The US wants seven years to ship it. Why? The vaults are empty. People understand this, and now the value of gold incorporates speed of delivery. 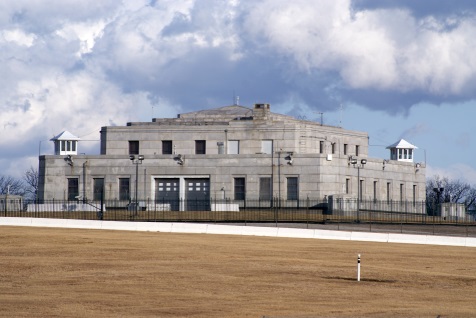 Why can't we see the gold in Fort Knox? Because it's invisible!

Dr. Paul Craig Roberts, former assistant to the Secretary of the Treasurey under Reagan, exposed the Fed's rigging of the gold market. Paper claims to gold (that vastly outnumber the amount of available physical gold) are used to drive down the price of physical gold by selling the paper claims short on a massive scale- a form of naked short-selling. A strong gold price reflects a weakening dollar and threatens the dollar's status as the world's reserve currency. Asia's demand for physical gold will eventually implode this manipulation.

The Fed is testing the limits of this economy. Creating so much wealth without creating value is a recipe for financial Armageddon. If 2008 is any indication, they could again be caught off guard. The petrodollar and the dollar's status as reserve currency have really been the Fed's saving grace. Once countries start dumping their dollar holdings (China), start accepting other currencies for oil (Russia), or start trading in other currencies (BRICS) or directly in gold (Iran), the dollar will be under even more pressure. The Fed's tapering or gold manipulation will also force a correction in the not too distant future. Now is the calm before the storm.